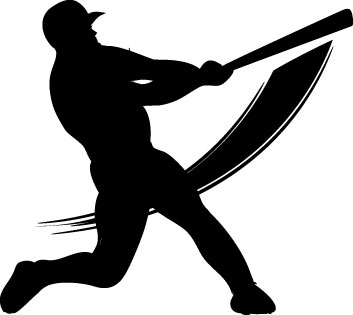 If you can’t do it, you’ll probably do it better than you thought you could. And maybe even better than anybody else.

That’s the nice thing about “can’t.” If you use your can’ts the right way, can’t is just the temporary name for what you’re going to succeed at next.

And even the best try to get better at something else they cannot yet do.

My point is that, if you’re ambitious, success is only the start, not the end.

“If you want to succeed,” said John D. Rockefeller, widely considered the wealthiest American of all time and the richest person in modern history, “you should strike out on new paths, rather than travel the worn paths of accepted success.”

That’s also our take-away for this week’s Jamestown Gazette. Our page-1 story about Jamestown’s election to the Babe Ruth World Series started with people who simply couldn’t do it—and did!

According to Russell E. Diethrick, Jr., president of the Jamestown’s series hosting team when it all began:

“We signed that first contract, but we had no idea (about how to run a World Series)…It was just that skill and willingness as a team to approach the unknown and react to what we had to do at that time.” [Emphasis added]

Diethrick and his people admitted that they had some thoughts, some experience in organizing recreational sports, and some of what they called “maybes,” but they really had no idea what they were getting into.

That means the unknown and a “can’t” are the perfect starting place for success. Given those, you’ll try harder than anybody else, especially somebody who already knows it all.

So, here’s our take away for this week. Given any desire you have to learn and grow, and a refusal to be a blamer or a victim, your “can’t” will never stop you.

“The only way to discover the limits of the possible,” said Nobel Prize winning scientist Arthur C. Clarke, is to go beyond them into the impossible.” Echoing the thought, evangelist and author, Charles R. Swindoll, said, “We are all faced with a series of great opportunities brilliantly disguised as impossible situations.”

This week, join us in thanking the Babe Ruth World Series for inspiring us, generations past, and generations to come, that doing what you can’t is clearly the best thing you can do.*

*PS And don’t forget to reward yourself for all the hard work. The road to success needs rest stops and one of this summer’s best for your well-earned relaxation and rest is the Warren County Fair. Your ticket is waiting. Read all about it here in your Jamestown Gazette.

Words of Wisdom: The Mystery of Laughter

Yes, Virginia, there is…