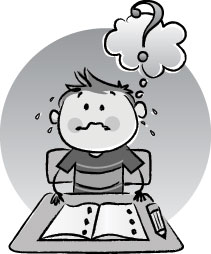 Everybody is up to something! You just never know what.

I once saw a poster that said: “Drink Coffee – Do stupid things faster with more energy!”

So, get to work. You’ve got stuff to do. Even if you’re just busy turning oxygen and cheeseburgers into carbon dioxide, you’re always busy doing something. It matters, though, if what you’re up to is really worth doing.

Having trouble finding something useful because you’re too timid to step up to something new? Here are a few ideas you can try.

Ø Become a life-saving snake milker. You will collect venom from poisonous snakes and use it to make anti-venoms and other medications that can save lives. Both useful and risky. Check those boxes and go for it!

Ø Apply at Jules’ Undersea Lodge in Key Largo, Florida, the only underwater hotel in the United States. It is 30 under water. They’re looking for a scuba diving, pizza delivery man to deliver hot pies in a watertight case. Only a little risky and not quite lifesaving, but worth a try. [Call (305) 451-2353 to apply.]

Ø Or, become an Electric Shock Giver in Mexico City, one of the Toques, dudes who carry a small wooden box that delivers electric shocks to sloshed bar patrons on the way to their cars. The torture is supposed to sober them down. Potentially lifesaving, but likely to get punched back. Risky!
You see, no matter how strange, there’s always something worth doing. All you need is a good “Why?”

This week, your Jamestown Gazette offers you entertainment in the form of sports with an extra dimension of “Why?” Our cover story is about athletes who are up to something worthwhile. And it started out risky for folks who saw something worth doing but didn’t know how.

Club President, Kayla Crosby, recently said, “For as long as I can remember, my goal in life has always been to have a positive impact in the lives of others…so I decided to answer an ad that said, ‘Own a Team.’”

Now, that’s being “up to something” with a risk! This week our contributing cover story writer, Joni Blackman, introduces us to the inside story of professional, championship basketball in Jamestown, New York.

The team’s management and players bring great basketball and high-caliber professional league play to town, now for their 5th year. But they bring one more feature that makes every action-packed game even more than a packed-house sporting event: Inspiration!

The Jamestown Jackals, one of the 14 member teams in the North American Premier Basketball League, play under the motto, “Where the spirit of the game lives,” and it shows in every game.

They’re really up to something! Enjoy the game.

And at the Jamestown Gazette, we’re up to something, too. Enjoy the read.