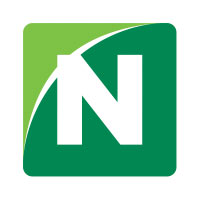 For the second year in a row, Kraft Hockeyville USA is presenting the Northwest Ice Arena and the Jamestown Community a chance to win it big.

Kraft Hockeyville USA is a contest that was created to search for the most passionate hockey community in America. All across the nation, various ice arenas have been nominated for the opportunity to win a grand prize of $150,000 in arena upgrades and the chance to host an NHL pre-season game. The winning arena is chosen by community members: people logon to Krafthockeyville.com, select their hometown rink, and write a nomination. The arena with the most nominations by 11:59 p.m. EST on March 10 wins.

“A lot of what the Kraft Hockeyville competition is about is community, and we feel that we’ve become an important part of the downtown Jamestown region,” said Craig Hinderleider, general manager of Northwest Arena. “Hopefully, we can get the community to vote for us and push us onto the next round of contest voting.”

While a competition decided by majority vote may seem daunting – Jamestown is sure to compete against larger cities – in fact, the two most recent winning arenas hailed from cities with smaller populations than Jamestown, NY. In 2015, the grand prize went to Johnston, PA, a city just an hour and a half outside of Pittsburgh. Last year, the winning arena was located in Marquette, MI, and the community hosted a pre-season game between the Buffalo Sabres and the Carolina Hurricanes. This year, prizes will also be awarded to a runner up, two first place winners, and six second place winners. Each winning arena will receive $75,000, $25,000, and $10,000 in arena upgrades, respectively. According to Hinderleider, $150,000 would go a long ways at the Northwest Arena, where they are always striving to improve their facilities. In particular, he says the funds would help Northwest Arena buy a new Zamboni, a big purchase for which the arena has been saving.

They currently host a fundraiser which allows patrons to take a ride on the Zamboni for a $10 donation.

“We’re looking into the electric Zambonis, which is kind of the wave of the future,” Hinderleider said. “It’s more economical and environmentally safe.”

Winning the Kraft Hockeyville USA competition would mean more than buying a new Zamboni, however. It would mean giving back to the community: both by improving the arena’s extensive programming and events, and by boosting surrounding businesses.

“I feel that we’re kind of the lifeblood of downtown Jamestown,” said Dan Shea, creative director at Northwest Arena. “The arena was one of the first places in the area to start the downtown revitalization. Now we’re getting the comedy center right behind our building and a hotel across from us, and it all came in after we opened here 15 years ago.”

According to Shea, Northwest Arena has developed into a significant actor in the Jamestown community. The arena often collaborates with other community groups to fundraise and raise awareness about important issues, such as child cancer and suicide prevention. It also provides an outlet for community members, offering a variety of entertainment and physical activities.

“We’re a great outlet for the community, especially with a lot of the recent issues with drugs in the area,” Shea said. “The arena is a good way to forget all of that. People come in and try to escape some of the issues with life and have fun for a couple of hours a week.”

There certainly is no shortage of ways to have fun at the arena. Northwest hosts many public skating events, including senior skates on weekday mornings, drop-in hockey on weekday afternoons, and DJ skates on the weekends. For beginner skaters of any age, the Jamestown Skating Club offers “Learn To Skate” lessons. For adults wanting to begin the sport of hockey, Hinderleider teaches an “Old Dogs, New Hat Tricks” training program.

“I’ve had guys coming in from as far as Erie and Warren, PA,” said Hinderleider of his hockey program. “They all learn something new, have fun, and never even realize how much exercise they’re truly getting.”
Then there are all the teams that call Northwest Arena home. First and foremost is Southern Tier Xpress, Jamestown’s NA3HL ice hockey team, which provides affordable family entertainment on most weekends. Then there are all the teams that fall under the Chautauqua County Youth Hockey Association: namely, the Lakers. The CCYHA puts on tournaments, hosts hockey camps, and has over 20 competitive teams which include boys and girls of all ages and abilities. For disabled players, there are the Lakers sled hockey team and Lakers special hockey team. Then, once players age out of CCYHA teams, the arena offers adult hockey leagues. Currently, there are six teams in the Adult A League and seven teams in the Adult B League. Average about 15 players per team, and that’s nearly 200 adults playing hockey in the greater Jamestown area. 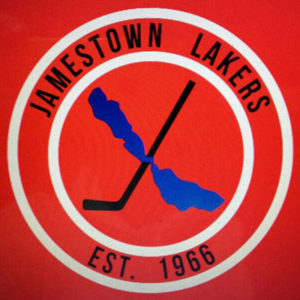 Hockey is not the only skating sport hosted at Northwest Arena, however; there is also the Jamestown Skating Club, a non-profit organization that teaches figure skating. 2017 marks the 40th anniversary of the club, which serves over 50 members of all ages, including 20 competitive figure skaters.

“Our skaters are very dedicated to their sport,” said Lynn Hice, president of the Jamestown Skating Club. “[They] keep their bodies strong through skating and they are all well-rounded young people that are great role models to many in our community.”

Besides skating sports, the Northwest Arena offers still more activities to the community. The arena is the home of the Jamestown Weight Watchers branch; it also houses an indoor walking track that is open year-round. Rink space is also used to host festivals, shows, and concerts. Upcoming events this year include a home and garden show sponsored by Media One in March, and then another sponsored by Jamestown Renaissance Center in April, as well as the Taste of the Trail Wine Festival in May.

“Never when this building opened up did I think we’d get top wrestlers or rock singers coming to perform here,” said Shea of the arena’s entertainment. “But we get big crowds now for all our events – every Lucy Comedy Fest that has been held here has been closed or sold out. Once we started getting that level of entertainment, it got the community excited.”

Located on the top floor of the Northwest Arena is the Jamestown Mattress Arena Club, where the Wits’n Giggles Stand Up Comedy series is held. The arena attracts even the biggest names in comedy, such as Jim Gaffigan, who is scheduled to perform this summer.

“Wits’n Giggles provides a bit of comedic relief throughout the year,” Hinderleider said. “Overall, I think we provide a great source of entertainment. We have a good variety of events as well as the physical aspect of skating.” 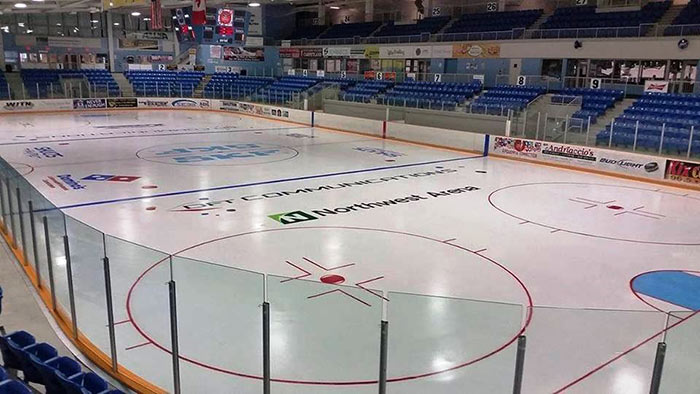 With all the events, sports, and fundraisers that the Northwest Arena works to provide for the Jamestown community, it seems that the arena is certainly deserving of a Kraft Hockeyville USA nomination. For more information on the contest or to cast a nomination for the Northwest Arena, visit Krafthockeyville.com. This year’s competition is sponsored by Kraft Heinz, the National Hockey League, the National Hockey League Players’ Association, and NBC Sports. 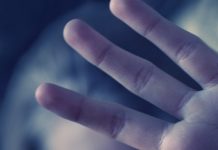 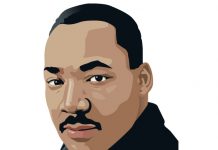 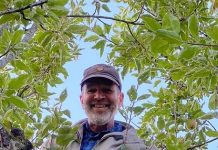