With winter just around the corner and sectional races this weekend, Chautauqua County’s cross country season is coming to a close. Before it ends, however, the Jamestown Gazette caught up with Ray Shrout, head coach of both the boys’ and girls’ Clymer/Sherman/Panama cross country teams. Shrout’s teams each finished the regular season with a record of 11-3 and both teams feature runners who have the potential to place at sectionals and beyond. Read on to learn about the athletes on Shrout’s teams, what kind of practices they’ve put in this season, and how they have made Shrout one very proud coach. 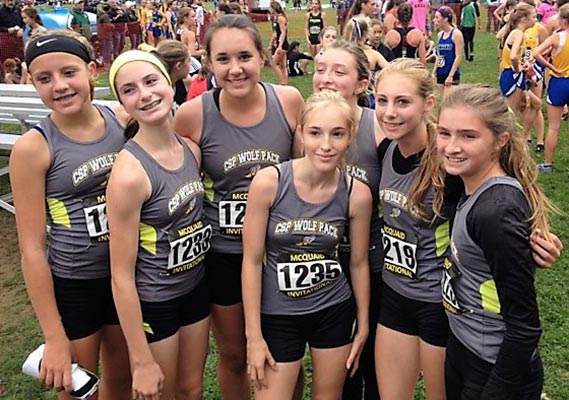 Coach Shrout: I’ll start with the boys’ team. We have eight boys on our Varsity team: four seniors and four ninth graders. It’s actually kind of interesting how well the seniors and freshmen interact; the seniors show a lot of respect for the underclassmen. In fact, two of our ninth grade boys are our top runners. In a lot of situations, that might create some tension with the older kids, but not here. The kids handle it so well.

We have 12 on our Varsity girls’ team. Here, again, our top two runners are underclassmen: a ninth grader and a tenth grader. The tenth grader, Kylee Odell, has been to States the last two years. Right now she’s the 10th ranked runner in the state for Class D, so it looks like she’ll probably have a good chance of going back this year. 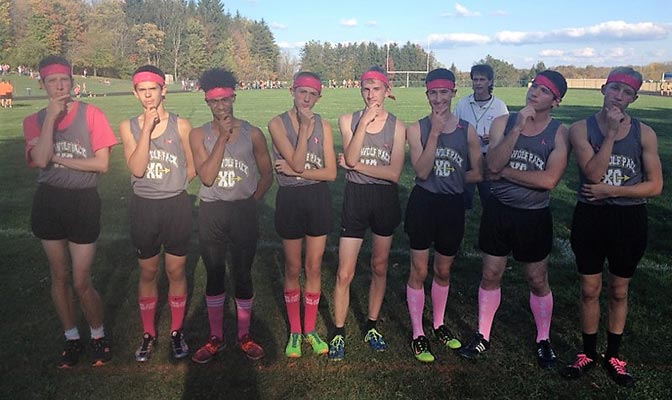 Cortney: Any other hopefuls for post-season competition?

Coach Shrout: Well, for sectionals, we get to take our top seven runners from both the boys’ and girls’ teams. Then at the sectional races we have the chance to qualify for states. One of our ninth graders on the boys’ team, John Swabik, has been our top runner all year. It’s actually his first year running cross country, but he’s got a really good shot at going to states. Then Hunter Wassink and Logan Holthouse kind of have an outside shot on the boys’ team. For girls, we have Kylee and also McKenzie Gratto, a ninth grader. This year she actually beat a few girls who previously went to states, so she has a shot. But the girls’ Class D for our area is very, very competetive, which does make it harder to get to states. 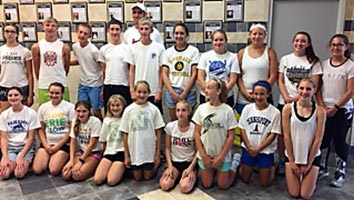 Cortney: What is a typical day of practice like for your teams?

Coach Shrout: In a typical Monday through Friday week, we probably rack up about 30 miles. There are a lot of programs out there that will run higher mileage, and some programs even run twice a day. We stick to one practice a day, although some kids will do cross-training on their own. Since we’re Clymer/Sherman/Panama, we rotate our practices between the districts. We’ll practice at one school one week, and another one the next. It allows us to change up our scenery and change what we do. Typically, we’ll start practice with a half-mile or mile warm-up run. If it’s the day before a meet, we’ll run four or five miles and do some core-strength work. Once or twice a week we also try to throw in some speed work and some hill workouts. 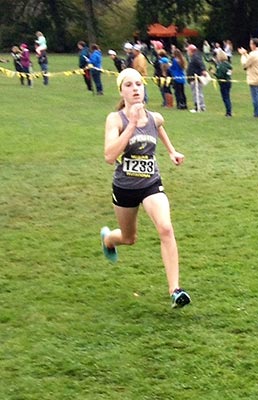 Cortney: How does your team prepare for a big meet?

Coach Shrout: I try to keep practices pretty relaxed. I really try not to approach big meets much differently than every other day, because I don’t want the kids to get too nervous and worked up. The mental aspect of cross country is sometimes bigger than the physical aspect.

Cortney: At the end of the season, what is one thing that makes you proud of your teams?

Coach Shrout: Before this year, I had only coached the girls’ team. So the girls’ team and the boys’ team kind of did separate things. I am so impressed with the way those two teams have been able to come together. Both groups adjusted to a different way of doing things and a new coaching staff without an issue. I’m really proud of how they handled that. Another impressive things is how the schools blend together – you can come to a meet and you won’t know which runner is from Panama, or Clymer, or Sherman. They all get along so well.