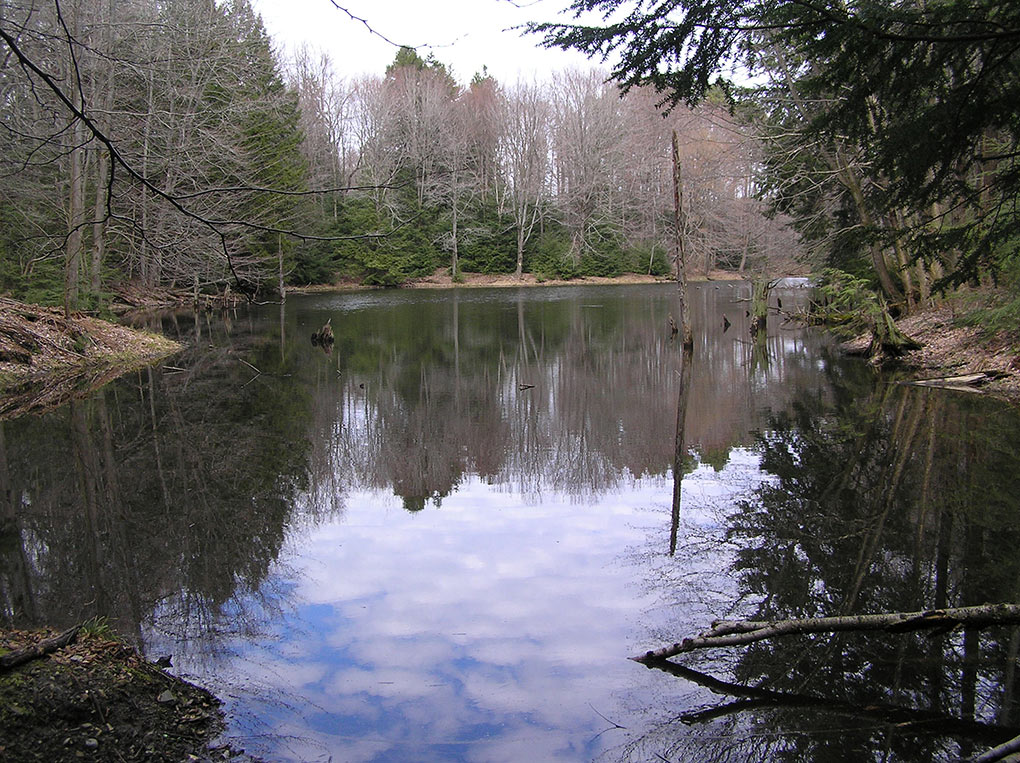 New York State has awarded a Parks Grant in the amount of $90,849 to the Chautauqua Watershed Conservancy for the establishment of the 77-acre Cassadaga Lakes Nature Park on Upper Cassadaga Lake in the Town of Pomfret. The site contains important forest lands and wetlands that filter stormwater runoff to Upper Cassadaga Lake from 1,800 acres of roadways and farmland above the site. This grant, along with approximately $65,000 in funding already donated or pledged to the CWC for the project, will help with the approximately $120,000 in purchase costs for the site.
“We were very excited to learn of the State’s $90,849 grant to CWC to purchase the property for a nature park on 77 acres along Route 60 on Upper Cassadaga Lake,” said CWC Executive Director John Jablonski III. “Through the Cassadaga community campaign effort, community support for this has been wonderful. Cassadaga-area organizations, Chautauqua County Executive George Borrello and the legislature all were instrumental in this grant application process, as well as in securing other funds for the project.  In addition to the State grant, more than $65,000 has been raised locally to support this project from foundations, families and organizations.”
Plans for the park include walking trails, a picnic area, observation towers and blinds to allow for year-round recreation. The CWC will continue its capital campaign for the park, which kicked off in November with a goal of $200,000 to fully fund all of the planned amenities for the site.
“We want the Cassadaga Lakes Nature Park to be a place where County residents and visitors can go to experience the beauty of nature — which is so beneficial to the human spirit — with a walk through the woods or a family picnic alongside a pretty pond,” Jablonski said. “This will be a place where children can catch tadpoles or just go play in the woods. Visitors to the park will be able to hike, cross-country ski, snowshoe, birdwatch, walk dogs and fish.”
The CWC anticipates closing on the land purchase within a few months, with the majority of access improvements to be constructed in spring and summer 2020 for a projected fall 2020 opening.