Written by
Todd J. Tranum
President & CEO of the Chautauqua County Chamber of Commerce &
Executive Director of the Manufacturers Association of the Southern Tier

Governor Andrew Cuomo has laid out an ambitious agenda for the year ahead. As business associations, the Chamber of Commerce and Manufacturers Association of the Southern Tier have found several initiatives that are good for business in the Governor’s State of the State address, and some items of concern as well.
We are particularly interested in the emphasis placed on converting coal fired power plants to natural gas. NRG has plans to do just that, if it can get past a lawsuit filed by a competitor. The Governor came to Dunkirk two years ago to announce plans to convert the NRG facility, and it appears that he is not backing away from his support of the project and we thank him for that. State Senator Cathy Young and Assemblyman Andrew Goodell have been working diligently to see that the project remains on the front burner. Goodell and Dunkirk Mayor Willie Rosas met with the Governor in Albany, once again focusing on the tremendous economic impact of the NRG plant for the City of Dunkirk and for Chautauqua County as a whole.
Chautauqua County is no stranger to conversion of coal power plants to natural gas. The Jamestown Board of Public Utilities has been operating a natural gas turbine for many years and as natural gas prices have significantly decreased operating the turbine has become more cost effective than using coal as a source fuel. While the Governor plans to close or repower coal burning plants with natural gas in an effort to reduce carbon dioxide emissions, it appears there is a commitment to the continuation of reliable power generation in New York State. In addition, the Governor’s plan calls for $19-million in state aid to mitigate financial losses to communities that would be impacted by the closing of obsolete power plants. There is no question that a potential loss of the NRG plant would harm the tax base for the City of Dunkirk, Dunkirk School System, and Chautauqua County. Our goal is to work with our elected officials and the Governor’s office to make sure the plant remains viable and is converted to a clean-burning natural gas system. We applaud the Governor for including this important issue in his agenda.
In addition, we are pleased that the Governor remains committed to lowering taxes for small businesses, investing in New York’s infrastructure and encouraging municipal consolidation. These are critical issues for our region.
One key item in Governor Cuomo’s plan that we cannot agree with is a continued push to raise the minimum wage. Forcing businesses to pay entry level workers $15 an hour is likely to offset any potential benefit of business tax cuts that were outlined in the address. We will watch carefully and report back to our membership and the community as the state legislature works through this agenda to create a budget in the year ahead.

In recognition of its 115th year of service to the community, The Manufacturers Association of the Southern Tier is pleased to be teaming up with Jamestown Community College and Dream It Do It Western New York to present a FREE public viewing of the inspirational documentary American Made Movie. The movie will be shown to the community at 7:00pm, Thursday, February 4 at the Scharmann Theatre in JCC’s Arts & Sciences Building. American Made Movie is a documentary film examining the history and the future of manufacturing. American Made Movie shows the positive impact of domestic manufacturing jobs on national and local economies in the face of great challenges. Whether you are an entrepreneur, student, stay-at-home mom or a senior citizen, you have the power to transform America’s future and be a part of the solution through thinking before buying and through the simple choices you make every day. 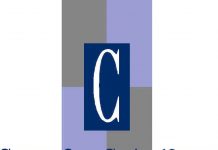