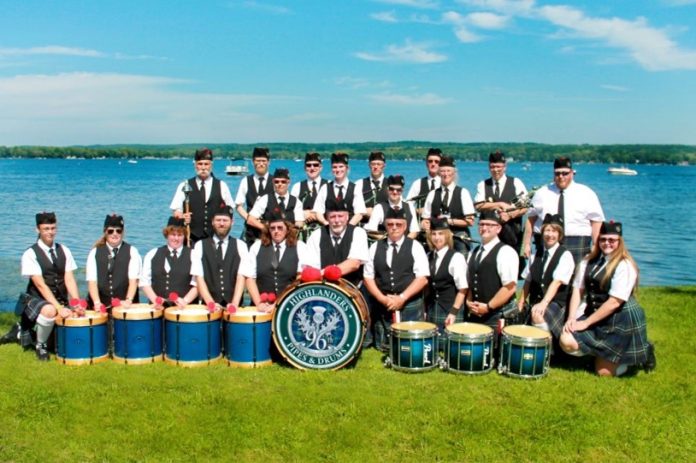 This year, nothing will stop the Celtic Festival & Gathering of the Clans from taking over Mayville, New York once again! That’s a promise from Douglas Clark, President of the 96th Highlanders Pipes & Drums. “We’re celebrating again and we’re inviting everybody!”

Expectations are high that this year will top 2019’s record of more than 5,000 guests. Old friends and new will gather once again, but this year in a bigger-than-ever venue. Clark promises guests will enjoy “two great days filled with Celtic music, food, sports, and all the world’s most colorful Celtic traditions.” Clark, as always, speaks with the kind of enthusiasm he always brings to planning this spectacle. It’s become one of the region’s most anticipated annual events since it began in 2005.

The Celtic Festival & Gathering of the Clans, an immersive experience of Scottish, Irish and Celtic Culture, opens on Friday, August 26 at 6:00 p.m. and continues through Saturday, August 27 – from 9:00 a.m. until the always-rousing wrap-up at 9:00 p.m. It’s sure to take over Mayville’s Lakeside Park on Rt 394, 58 Lake Street, in Mayville, NY.

The last two “Covid years,” when the event had to wait on hold, have apparently only built the energy and the expectations higher for this 15th annual Gathering, creating a bigger, better-than-ever program for 2022.

“I’ve heard from quite a few people around the county, out of state, and across the country that they’re really excited that the Celtic Festival is coming back,” Doug told the Gazette last week. “We’ve got a lot of really amazing new bands and top performers coming this year, including three new national and international acts.” 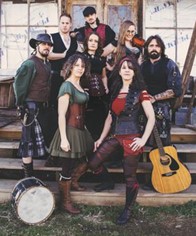 Friday night’s opening act, the award-winning Tuatha Dea from Gatlinburg, Tennessee, and from their continent-crossing tours, will deliver an exciting and authentic “Scottish-Irish tribal and clannish feel that embraces its true Celtic heritage.”

Tautha Dea—which means “Children of the Gods”—delivers a unique blend of Celtic music with mainstream rock, mountain drumming, and real Appalachian blues. They inspire the crowd to join in with singing, foot-stomping, and hand-clapping fun. The band will also perform during the day on Saturday and as the closing act on Saturday night.

Also on Saturday, the Mudmen, “Canada’s Celtic Rock Warriors” form Ontario, Canada, will be playing in the Festival Beer Garden. Definitely unique, The Mudmen are known as “a blast of Celtic energy” whose members are known to be characters both on and off the stage. They’ve scored big hits at the Canadian Country Music awards and throughout 25 years of wildly popular North American coast-to-coast tours, fair, and TV appearances. 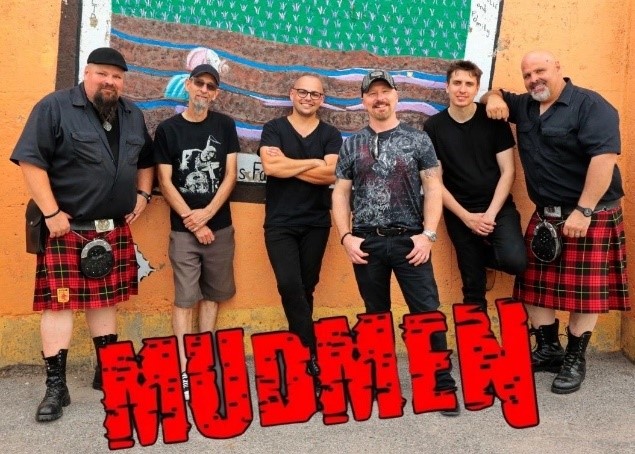 The Celtic Festival & Gathering of the Clans will also feature six bagpipe bands from Canada, Ohio, and New York State playing half-hour concerts individually. They will also perform as a group called the Massed Band at the opening and closing ceremonies, a traditional and always breath-taking Festival event.

Seven additional Celtic bands, two of which are nationally and internationally known, will perform in two separate music tents along Vendor Row.

A fiddle session on Vender Row will also be held on Saturday afternoon, along with more in the Music Tent where guests can enjoy performances by Celtic Creek, Waterhorse, Step In Time, and Emerald Isle. They will also be joined by the Scottish Dancers form Canada and the Irish Dancers from Dunkirk, NY.

And, according to Doug Clark, nobody should miss the Niagara Regional Police Pipe Band and the 87th Cleveland Pipe Band, widely celebrated as competition-winners across the region and the country in their outstanding Celtic music presentations.

It’ not all music, either. Fifty Scottish Heavy Athletes will be competing on the green for honors in weight lifting and tossing. It’s a unique event rarely seen outside of events like the Celtic Festival & Gathering of the Clans.

High-quality Celtic jewelry, genuine kilts, and other traditional highland gear, both formal and informal, will also be on sale on Vendor Row.

The Festival will also feature a kid’s area with a Celtic Harpist who will teach children how to play the harp along with a story-telling tree guy, much like the walking, talking, story-telling Tree Ents in the Hobbit tales of Middle Earth.

Invitation and A Final Word

All are welcome and eagerly invited to come and enjoy the revived and returning Celtic Festival & Gathering of the Clans. It’s an event that helps define the region and celebrates a valuable history and heritage all can enjoy.

The 96th Highlanders Pipe & Drums and the festival committee take great pride in providing the spectators and participants with a very well planed festival to accommodate everyone’s enjoyment, tastes, and needs. Donations of $15.00 for adults and $10.00 for seniors are appreciated, and children 13 and under may enter free.

Event organizers, however, add a caution that due to insurance regulations and Park Rules, spectators cannot bring in pets of any kind as incidents with regards to pets will not covered.