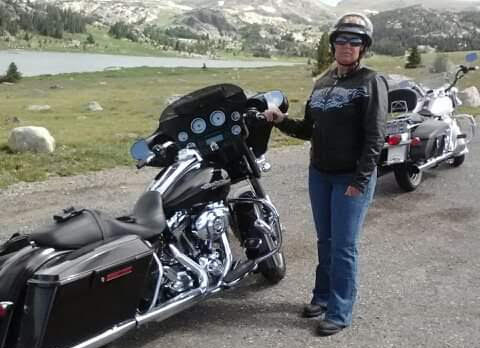 From “Stilettos on Steel” to “Women on Wheels”, women-based motorcycle groups are active across the nation. They promote safe riding, a positive female rider image, and bringing likeminded riders together. By the way, they also welcome the men that ride with them.

A Motorcycle Industry Council (MIC) 2018 survey says that among all age groups, 19 percent of motorcycle owners are women – nearly doubling since 2009. This equates to one in every five motorcycle owners being female, up from one in every 10 back in 2009. The MIC polled 2,472 adults nationwide for the 2018 Motorcycle/ATV Owner Survey. For decades, the MIC says its surveys have served as the census of motorcycling and have tracked a steady growth in the percentage of women who own bikes. The ownership trend is strong among younger riders, 22 percent among Generation X (those born from 1965 – 1984) and 26 percent among Generation Y (those born from 1985 – 2004).

Many women have moved from the back seat to their own motorcycles. According to the survey, in recent decades motorcycling has grown in popularity and acceptance in American culture. It found that 66 percent of women motorcycle owners say their family and friends would have a positive attitude toward motorcycles and scooters. They are also spending more, on average, for aftermarket products and maintenance than men. Manufacturers of motorcycles and gear are designing their products with women in mind. It is a growth area for the riding sector.

Local rider, Glori Taylor had her first ride at age 4 and she has been riding ever since. Her family was a mini-bike and motorcycle family. In fact, her father’s high school graduation gift to her was a Honda road bike. Years later after riding on the back of her husband’s machine, she inherited her father’s Suzuki 650. She then went on to take classes so she could be better prepared. She said, “they teach you the fundamentals, and how to maneuver, feather the throttle, things that make it safer for everyone.” From there she moved up to a Harley Davidson Dyna Low Rider. She now has a Full Dresser Street Glide because she and her husband have taken some big trips on the motorcycles. When asked the farthest they have ridden, Ms. Taylor said, “we have been to Sturgis, SD twice, and Yellowstone National Park. We drove through a herd of Buffalo that were on the road. It was kind of scary.” She added, “we’ve met so many nice people. It’s neat that other riders wave as they pass you. It’s a friendly group.”

Kayla Wefing, marketing manager at the Harley Davidson of Jamestown says the pandemic has really changed the sales and marketing numbers. “Last year we saw an increase in women riders purchasing bikes. Many were taking the rider safety course taught by New York State at JCC. We give all the riders a t-shirt after they pass the course. There is also a women’s riding group that meets here, Babes Ride Out. Last year they took an overnight trip. There were about twenty women riders,” she said.

Charlene Benson, sales manager at the dealership, has been riding for over twenty years. It all started for her when her family gave her a motorcycle when she graduated from high school. “It was an older bike that I could learn on,” she said. Her longest trip was from Cattaraugus, N.Y. to Alamogordo, NM with her father. She added, “it was fast, two weeks, and so much fun. We went out to see my brother when he was serving in the Air Force.” When asked about the growing trend of women riders she said, “I think over the years we’ve seen it grow because of the opportunity women have to take the rider safety course. Let’s face it, it is hard for many husbands and boyfriends to teach us how to ride. Women get discouraged and they stop trying, but the course is taught by a woman and there are about

20 women learning together. It builds not only their skills but explains why you should do what the instructor is teaching. It also does so much to build their confidence. When women riders see other women riders, they know they had to put in a lot of effort to get on the road. I know I’m always happy to see other women riders. My advice is if you have the drive and want to ride, give it a try.”

As rider Glori Taylor says, “remember, keep the shiny side up and pay attention to the other drivers. Ride Safe.”