Let’s share an exercise in digression-thinking, shall we?
When is the best time of the day to exercise? Consider if you will the cave-man. Despite what GEICO has famously claimed, you can actually learn a lot from a cave-man. The metabolic energy systems that run us today are built on the complicated evolutionary and environmental needs of our poorly named ancestors. I say “poorly–named” because while there’s a certain visual simplicity to the label “Cave-man”, it’s hardly a sophisticated, scientific brand for pre-historic man (and, really, calling them pre-historic is a Zen koan…how can something pre-date history?). No one named other evolutionary eras of mankind by their housing situation (there are no teepee-men, thatch hut-men, igloo-men, or condo-men). That said, the paleontological name for cave-men is troglodyte, or Neanderthal, or Cro-Magnon, so maybe cave-man isn’t such a bad rap and calling them pre-historic man is a nonsensical.
Anyways, Cave-men were physiologically suited to the idea that you didn’t get to eat every day, or sometimes every week (no refrigerators or Tupperware). So man needed to develop a wicked good energy storage system (a battery, if you will) for rainy, drought, no-services-next-100 miles times. Enter Fat. Fat gets a bad rap, but it’s really the CRAY of energy computing, twice as efficient at storing energy as carbohydrates, and exponentially better than sugar.
Speaking of GEICO. Has there ever been a bigger inventory of entertaining advertisements for a single product in the history of media? Their stable of ad concepts is pretty amazing. There’s our celebrated insulted Caveman, that frisky Cockney Gecko, Maxwell the Pig, the “I’ve got good news” series (I just saved a bunch of money on my car insurance), the stacks of money with those creepy googly eyes and “Somebody’s Watching Me” playing in the background, the talking pothole, the Rhetorical Questions Campaign (Is having a snowball fight with pitching great Randy Johnson a bad idea? Do woodchucks chuck wood?). There’s Get Happy, Get GEICO (who’s happier than Dikembe Mutombo blocking a shot, and the iconic Camel on Wednesday…HUUUMP DAAAY!!!), the recent Did You Know series (did you know former pro football player Ickey Woods will celebrate almost anything? “Got some cold-cuts”), and the latest, It’s What You Do (if you’re Salt-N-Pepa, you tell people to Push It). Just a ridiculous run for GEICO.
So, back to cave-men and energy cycles. Your “ready energy” (fight or flight) sits in your muscles in the form of glycogen; the more muscle you have, the more glycogen, the more energy. It’s waiting for the whistle to blow so it can slide down the pole and put out the fire. Cave-men woke up in the morning and were immediately busy (no snooze buttons, no coffee-makers, no donuts); it took them, let say, an hour or so to find food. Or maybe they’re on the other end of the chain, and they ARE the food. Wake up, run from the Sabre Tooth Tiger, wrestle a mastodon, text their friends about their “crazy morning”, post a few pictures on line, etc. That’s how they evolved, systems built to regenerate, repair, and create ready-energy during sleep, so they can survive another morning.
That same system is in us, we haven’t developed to the exalted level where donuts and coffee and the morning paper are evolutionarily advantageous, which is somewhat intellectually curious. Why do we still have this cave-man system, why haven’t we evolved biology to match the T.V. schedule and internet? And if we did indeed evolve from apes, why are there still apes? When we wake in the morning our energy-system gates are open, our bodies prepared for action.
But most of us have bought the “most important meal of the day” myth and immediately eat breakfast. At the EXACT time our bodies are most ready to USE energy, we are GATHERING it. Our body has just spent the night stuffing energy into our muscles for use and we go and put more on top of it with bacon and eggs and Captain Crunch. Any idea what happens to that cache dump? It gets stored as fat for when we need to go a week without eating. Except we DON’T need to go a week without eating anymore thanks to Carl von Linde, the German engineer who invented a continuous process of liquefying gases in large quantities that formed the basis for refrigeration.
So, I guess what I was trying to get at, was that morning is the best time to exercise.
To read more of Bill Burk’s reflections, astute observations and a rant or two on the wide world of sports, visit www.jamestowngazette.com and click on Bill Burk’s page. The Jamestown Gazette is proud to present our county’s most creative and original writers for your enjoyment and enlightenment. 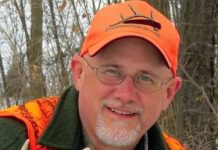 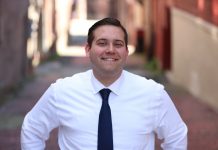