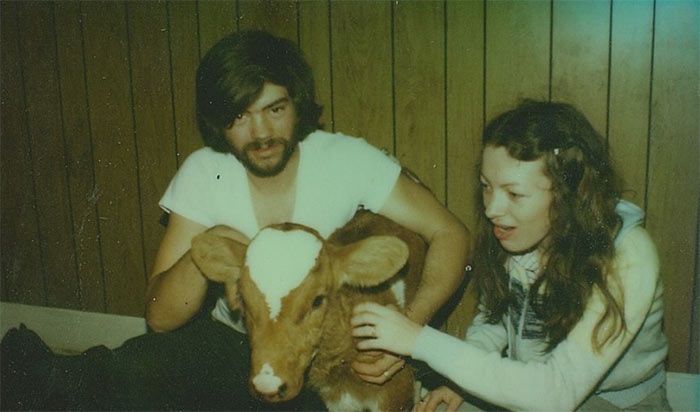 Not only was the small community of Sherman a place for Duncan and Mary Calhoun to raise their family, it was their home.

Duncan, a U.S. Navy veteran, met Mary in her native Scotland while he was stationed in Glasgow. After a whirlwind 8-day romance, the two married and Mary stayed in Scotland for a year while Duncan finished his service. Once discharged, the two returned to Duncan’s hometown of Sherman where they spent 40 years building a life filled with love and compassion for others, traits that were ultimately passed down to their children and grandchildren.

“Mom and dad were both so generous and willing to help anyone in need,” their son, Duncan, said.

A skilled farmer and mechanic, Duncan worked for Nickerson Farms in Clymer for nearly 20 years. With three young children at home, Mary was a stay at home mom and also helped care for her husband’s grandmother who had cancer.

Once their children were out of grade school, Mary became a tutor for local students through a program at SUNY Fredonia. For several years, Mary focused on supporting others on their educational journey, stepping back once her children were in high school and became involved in athletics and band.

“My mom became an avid Wildcats fan while we played sports for Sherman,” Duncan recalled. “Even after we graduated, she continued attending games and cheering for the students.”

In 2018, during Sherman’s varsity basketball game on senior night, the senior class pitched in to personalize a warm-up sweater for Mary and present it to her during the game. On the back it simply stated #1 Fan.

“She truly became Sherman’s number one fan,” Duncan said. “She attended as many games over the years as she could.”

Following the passing of their parents, Duncan in 2017 and Mary in 2021, their children looked for a way to honor their parents’ memory, while supporting future Sherman students.

The Calhoun Family Scholarship will be awarded annually to graduating Sherman Central School seniors who were involved in Future Farmers of America, 4-H or will be pursuing a degree in the agricultural field or mechanics. Students involved in the cheerleading program will also be eligible to apply.

“My parents prioritized learning in school and valued learning skilled trades,” Duncan explained. “Our goal with this scholarship in their memory is to continue that for the Sherman community for generations to come.”

The scholarship is endowed at the Chautauqua Region Community Foundation. Currently, the Foundation administers over 700 endowment funds that support emerging community needs, charitable organizations and local students pursuing higher education. At the end of 2021, the Foundation’s asset level was $142.1 million.

To support The Calhoun Family Scholarship Fund, tax deductible donations can be made via credit card by visiting crcfonline.org or by mailing a check to the Foundation’s office at 418 Spring Street in Jamestown.