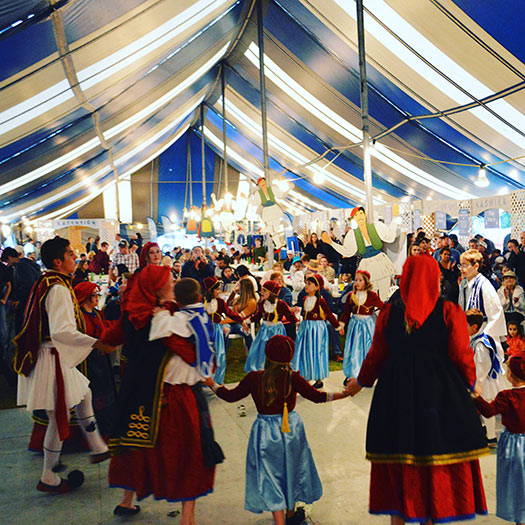 After a two-year hiatus, the Yassou Festival is back—and not just back, but reinvigorated with a streamlined menu and several ways to celebrate all things Greek throughout the city.

That’s great news for residents who have missed the traditional food and cultural performances at the annual event held by St. Nicholas Greek Orthodox Church. The festival runs this year from Friday, June 17 to Saturday, June 18 on Father’s Day weekend on the church grounds at Mt. Vernon Place and Francis Street.

“Yassou is a special meet-and-greet type of event that really feels like a community kick-off to the summer,” said event Chairwoman Alexis Singleton. “As we emerge back into public life, I am especially eager to pull off Yassou for our kids. The children of St. Nicholas gather a sense of identity from hosting this festival and sharing their heritage, and that is important to the fullness of community life.”

The word “yassou” has several meanings—such as “hello” and “cheers” in the Greek language, but to many local residents it simply means baklava loaded with honey and nuts, plump hotdogs right off the grill, a cold beer or a plate of souvlaki. And of course, it wouldn’t be the Yassou Festival without the dancers and live Greek music all happening under the big grey and white tent.

“The dancers this year are a younger group and they’re all adorable,” Singleton said.

Other organizations and venues have collaborated with festival planners and are creating some synergy to help celebrate Greek heritage around the city, offering up movies, books, even prints. The Reg Lenna Civic Center will host a 20th Anniversary screening of “My Big Fat Greek Wedding” on June 15, and the Fenton History Center will launch an exhibit on Greek heritage in Jamestown that will run throughout the summer. And, as a way to shine some light on the festival and the Greek community, Jamestown Mayor Eddie Sundquist will declare the week of the festival “Greek Week,” and will light up City Hall in traditional Greek blue and white colors at night.

Other city-wide events include an art exhibit at Roger Tory Peterson Institute feauturing Birds in Greek Mythology at Art after 5 on June 22, as well as a display of Greek-themed books at the Prendergast Library the week of June 13th.

For many, the homemade food at the festival is a major draw, and this year won’t disappoint those looking for their favorites. Gyros, souvlaki, pastitsio, and traditional Greek lasagana are back, along with spinach pie and baklava. And everyone’s favorite: the powdered-sugar kourabiedes cookie, which will be offered in a variety of to-go packaging choices.

“You don’t see that very often at Greek festivals—food made from scratch,” Singleton said. Her husband, chef Todd Singleton, along with a dedicated group of volunteers, will take the lead in the kitchen again this year.

Organizers will miss and remember past festival chairman John Silo, who passed away suddenly in 2020. This year’s event will be the first in more than a decade without him at the helm. 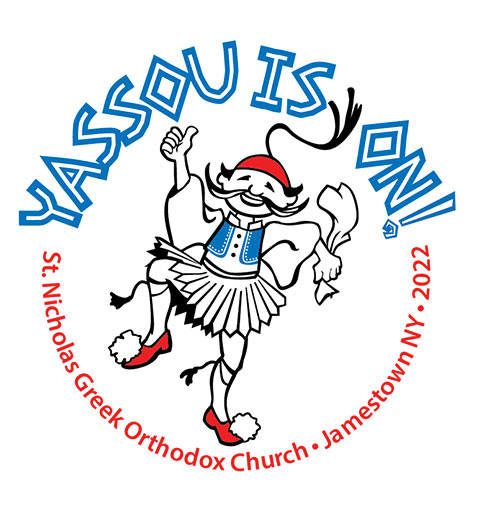 “I am happy the festival is going forward this year,” Silo’s wife Barbara said. “That festival was a big part of John’s life—it was one of the most treasured activities he was involved in. He couldn’t wait to start planning every year. He absolutely loved that festival.”

Church tours will again be offered throughout the weekend where residents can get a look at some of the capital improvements the church has undergone in recent months, which have helped to mark the church’s centennial anniversary this year.

Singleton wants to remind the community that everyone is welcome at the festival, as well as Sunday services throughout the year.

“It’s not just for Greeks,” she said. “Our doors are open to everyone.”