Alzheimer’s Disease
From 50 to 80 different kinds of dementia have been described in the medical literature of the 20th and 21st century. Some are common, others are quite rare. All involve loss of important mental functions. Failing ability to think, remember and make decisions can interfere with daily life, often signaled by changes in personality, mood and behavior.
Alzheimer’s disease is the most common dementia, accounting for about half of all cases. However, that does not mean it is easy to distinguish from other causes, some of which are more easily treated and even reversible. Measures to treat some non-Alzheimer’s dementias can be as simple as changing a medication with side effects on mental function, correcting a vitamin B-12 deficiency, common in the elderly, or abstaining from recreational drugs or alcohol abuse.
The causes or earliest neurological changes of Alzheimer’s are not yet well understood. Early and accurate detection, however, remains a keystone as it is throughout medical practice. Symptoms should be a signal to heed not an annoyance to avoid.
An accurate diagnosis is as important as it may be difficult, time-consuming or expensive. Because Alzheimer’s is so common there has also been a tendency, though now less common as the medical community becomes more familiar with it, to treat Alzheimer’s as the “diagnosis du jour” – the easy diagnosis of the day, resulting in mis-diagnosis, lost opportunities and undue anxiety and hardship.
The Journal of Clinical Psychiatry published a warning in 2006. “Alzheimer’s disease prevalence rates in the United States are expected to triple over the next 50 years, a consequence of the overall aging of the U.S. population… [and this disease] takes a dramatic emotional, physical, and financial toll on the patient’s primary caregivers.” Of the 5 million Americans with Alzheimer’s today, more than 80 percent are over the age of 75. It is about twice as common in men as in women.
According to the Alzheimer’s Association, “As Alzheimer’s progresses, brain cells die and connections among cells are lost, causing cognitive symptoms to worsen. While current medications cannot stop the damage Alzheimer’s causes to brain cells, they may help lessen or stabilize symptoms for a limited time by affecting certain chemicals involved in carrying messages among the brain’s nerve cells.”
Currently, thousands of researchers are engaged worldwide in studies, at least 100 in the U.S. alone, seeking as many as 50,000 volunteers, both healthy and with Alzheimer’s, to enroll in clinical trials designed to halt or reverse the disease. For more information, contact www.alz.org.

Diabetes
In diabetes, the patient’s pancreas either stops making the hormone called insulin which allows sugar (glucose) to enter the body’s cells to make energy or the cells stop responding to insulin. Diabetes comes in two major varieties, Type 1 and Type 2.
In type 1 diabetes, the body’s own immune system destroys the cells that make insulin. Genetic and environmental factors may be the cause, but that is not yet clear. In type 2 diabetes, body cells become less and less responsive to insulin, so the pancreas makes more and more but with less and less effect. Genetic and environmental causes may play a role. Obesity appears to be causative, though not always, and some non-obese people also develop type 2 diabetes.
A third type of diabetes, gestational diabetes, occurs when the fetus’s placenta makes the mother’s body less sensitive to her own insulin, creating a transient kind of type 2 diabetes which usually clears after giving birth.
Untreated, diabetes is eventually fatal. Treated, it can now be little more than a minor irritation in a nearly normal life. In 1921, Canadian physician Frederick Banting and Charles H. Best, a medical student, discovered insulin and successfully treated a diabetic dog with it. The next year they successfully treated a diabetic 14 year-old boy. Members of the discovery team won a Nobel Prize for their work in 1923.
In the U.S. today, almost 30 million people have diabetes, but almost 1/3 of them are still mild cases and not yet treated.
The good news is that a condition called pre-diabetic is highly treatable, even reversible, with diet, exercise and weight control. The good news is also bad news for some. Pre-diabetes is often self-induced. A permanent change to the right kind of diet, exercise and body weight may take harder work than many people are willing or able to take on.
Some patients do not control their diabetes well and others have a form which is very difficult to control. In these cases, diabetes can still eventually lead to heart disease, limb loss and blindness.
The cost of diabetes treatment over a lifetime averages about $85,000 according to researchers publishing for Medscape Medical News in 2013.
Robert E. Ratner, MD, chief scientific and medical officer of the American Diabetes Association, told Medscape, “No matter how you look at it, diabetes is an expensive disorder, and given the increase in the prevalence of the disease, it’s basically financially unsustainable. So the conclusion that [we] draw is basically the same conclusion that the American Diabetes Association draws, which is that we have a national imperative to prevent diabetes.”

The Message
For National Alzheimer’s and Diabetes month, the message about medical breakthroughs is clear. Whether the breakthrough is still ahead or still incomplete, patients and their families have a strong role to play in their own wellbeing. The fight is on and it is yours to wage. 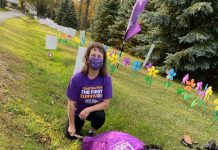