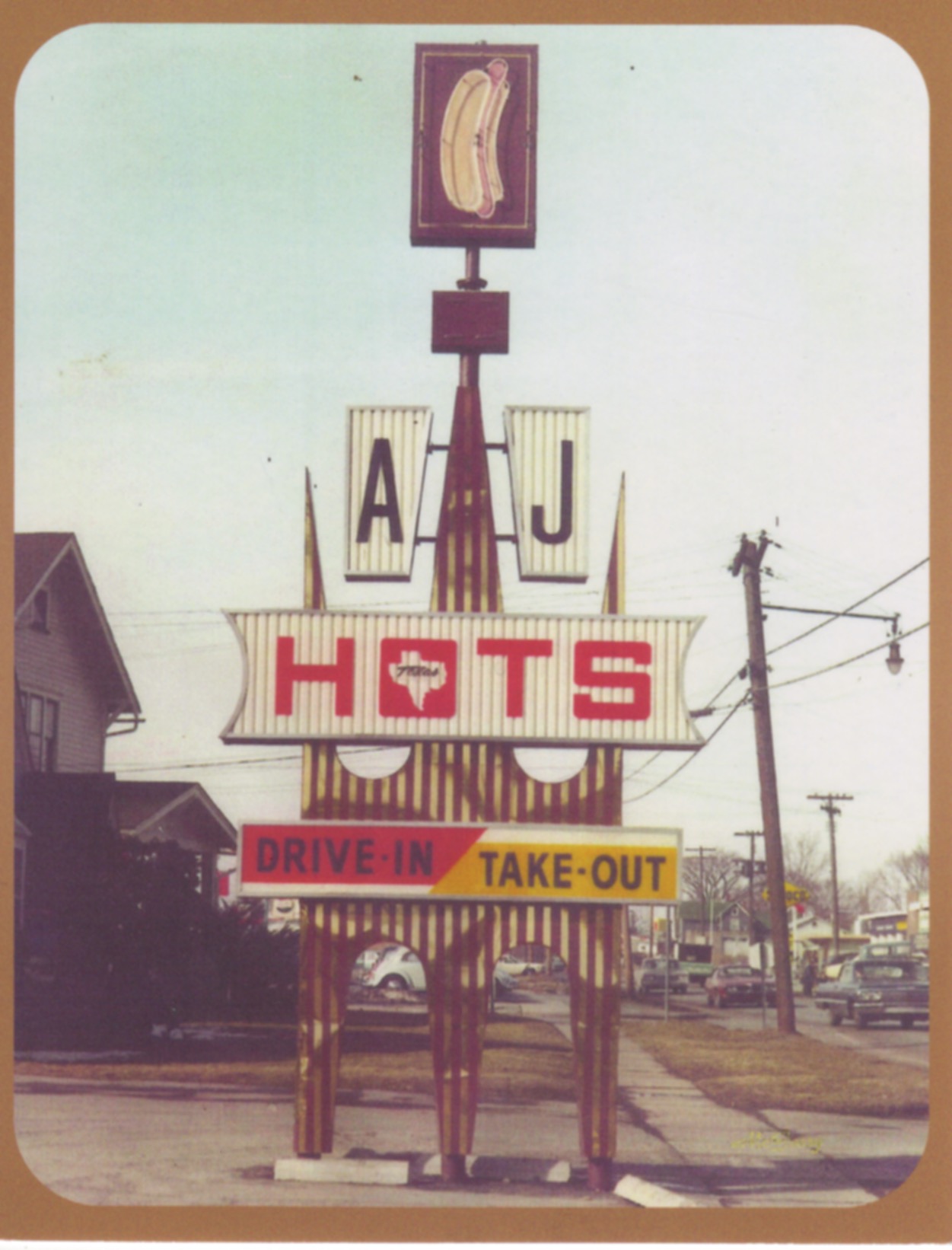 A Texas Hot by any other name is probably not a real Texas Hot. The real article, according to the people who know it best at AJ’s Texas Hots, 824 Foote Avenue in Jamestown, say it starts with one very good hot dog (always Sugardale’s) on a good bun, then add mustard, diced onions and the single indispensable ingredient, the special Texas Hot meat sauce made according to AJ’s old Italian family recipe. “After that, you can add anything you want,” say AJ’s staff. “You’re starting with a real Texas Hot.”

AJ’s Texas Hots is an authentic Jamestown Tradition. Adolph John “AJ” Colera opened Johnny’s Lunch early in the 20th century, a restaurant continued by his son, Sam Colera, who moved the business to Foote Avenue as AJ’s 50 years ago in 1968 to escape the downtown urban renewal, and eventually by Sam’s daughter Vicki, who is even busier than ever today. Vicki says she has grandchildren who are already asking to work there.

The 3- and maybe soon 4-generation family history is mirrored in the fact that many employees feel like family there, too, with two of them who have by now clocked in with more than 30 years of continuous service at AJ’s.

As a measure of AJ’s popularity, Vicki reports that every child served gets a free, big sucker and every year that amounts to more than 10,000 (!) suckers.

AJ’s also can boast of more than a tradition. The restaurant also has groundbreaking history behind it. “We were the first ‘drive-thru’ restaurant in Chautauqua County,” Vicki told the Jamestown Gazette last week.

“We support our youth, like JHS and Babe Ruth,” Vicki said. “When the athletes come in with their parents, we give them a special deal because we try to help out. For success in a town like Jamestown, you have to start with a good product and fast service, and then you support your community all you can.”

The 50th Anniversary celebration, slated for Tuesday, August 14, will also celebrate AJ’s founder, Sam, who is 85 years old this year and retired only 4 years ago. The celebration will feature some good old fashioned prices, like 50 cent hot dogs and 85 cent medium drinks. Special giveaway drawings will include four $50 gas cards, one $25 oil change, one $25 gift certificate for Southside Pharmacy and 12 special gift bags.

What’s with all of the Milk Dumping?