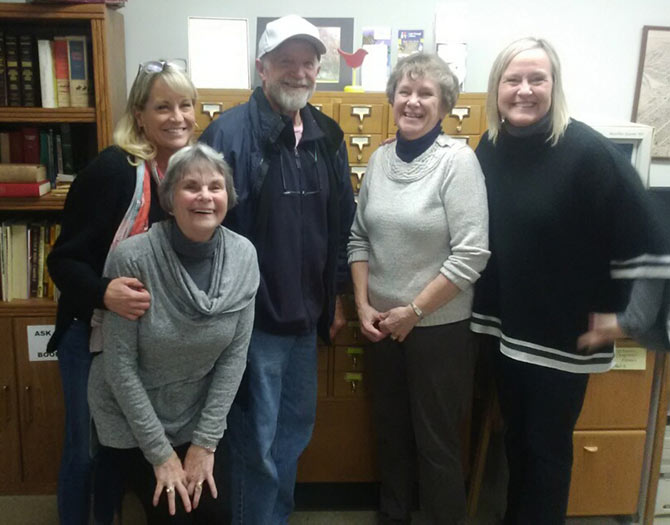 In late September, the Hall House received what seemed to be a routine research request. Closer reading revealed a deeper purpose. The family who are from out of town wanted to give their father a unique Christmas gift. His family wanted to be able to show him where his great grandfather, Elof Rosencrantz, lived and worked here in Jamestown. They also were hoping that we could find more family in “the Old Country.” We were able to do both with a few glitches along the way.

Searching in the City Directories we found both Mr. Rosencrantz’s Hardware Store at 12 South Main St. and his home at 21 Allen Street. After spending 12 years apprenticing with Mr. Sprague, Elof established his own Hardware store. He eventually partnered with a Mr. Lindquist. It was a highly successful business and posted quarter page ads in several of the City Directories until after Mr. Rosencrantz’s death in 1912.

Using the City Directories, we were able to follow his residences from the late 1870s to his death in 1912 and beyond. Eventually we found him at 21 Allen Street where he resided until his death. Tracking the address itself we found that it first appeared in the City Directory listing Elof Rosencrantz as the occupant, leading us to believe that he built it. As we tracked it over the years, we found that this widow lived there until her death in 1926, then George Berquist her son-in-law is listed. From 1932 to 1936 the house was empty as the remaining family moved to California. In 1936 St. James Convent is listed as the occupant and remained the same until the renovation of Brooklyn Square.

Researching Elof himself was an interesting story. We began by looking locally. An internet search of Old Fulton newspapers yielded several articles, local histories mentioned his many accomplishments and services to the community including being a founding member of the Swedish Mission Covenant Church. We moved on to Ancestry and Family Search. Then there is the book Saga From the Hills, more on that later. the goal was to find him in Sweden.

Locating him in Sweden was a great challenge as there were NO Elof Rosencrantz’s to be found. We did find a man named Elof Persson that check all the boxes, birthdate, birthplace, immigration, etc. and theorized that this was our Elof Rosencrantz. No proof of course. Then we remembered the book Saga From the Hills and looked in the index to see if Elof appeared in it. He did indeed. There were four index entries including a four-page biography that listed his father as Paul Pearson (Persson). Amazing! It seems that his brother had used the surname Rosencrantz his entire life. We were then able to trace back a couple of generations for the family.

The Filloon family Paul, Alice, Laura, and Jana all came to Jamestown in early November to enjoy the results of our research. Paul, the recipient of the gift was overjoyed to see where the family house once stood and where his great grandfather’s business had been. The whole family took in the story of “The Lost Neighborhood” and Brooklyn Square with great enthusiasm. The story of the family in the “old” country found enthusiastic attention especially the part where Elof’s grandfather was listed as the provider of armament to the soldiers thus was excused from paying taxes.

As they chatted with us, they began to remember and share bits and pieces of family history that now made more sense. Their final destination locally was to see Lake Chautauqua from Bemus Point and after we gave them directions off, they went. The loving gift of family history to their father was truly priceless and we at the Hall House were honored to be a part of it.