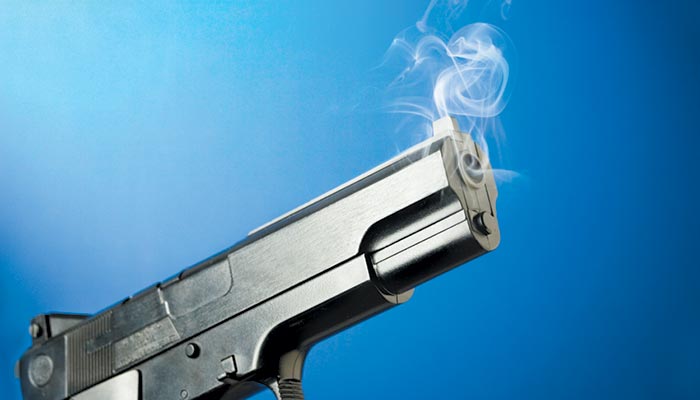 The most recent school shooting in Parkland, Florida has once again heightened the controversy over the right of U.S. citizens to bear arms. A recent (unofficial) survey among local residents suggests polarization of opinions need not be the norm. Close-knit communities can foster reasonable dialog based on mutual respect.

The Right Rights
The Constitution of the United States, in its Bill of Rights, makes certain guarantees to its citizens. One local resident, owner of more than two dozen firearms of various types, cites the U.S. Bill of Rights.

The Bill of Rights (the first ten Amendments to the Constitution) was ratified more than 2 centuries ago by three-fourths of the states, on December 15, 1791. The second of those rights – still in effect today – states:

“A well regulated militia being necessary to the security of a free State, the right of the People to keep and bear arms shall not be infringed.”

The Supreme Court has ruled that the right belongs to individuals, referring back to English common law and the English Bill of Rights of 1689, for “the natural rights of self-defense and resistance to oppression, and the civic duty to act in concert in defense of the state.” As a result, guns to which U.S. citizens have a right include inter-personal weapons, not only weapons for hunting and target shooting.

Another Right
The mother of one of the slain students in Parkland asked President Trump, “What about my child’s Constitutional rights?”

“We hold these truths to be self-evident, that all men are created equal, that they are endowed by their Creator with certain unalienable Rights, that among these are Life, Liberty and the pursuit of Happiness.”[emphasis added]

She went on to say, [paraphrasing] “We protect gun owners’ rights for them. But what are you going to do for me?”

The question of assault weapons in private hands, however, challenges the meaning of “sensible and responsible” in the mind of one Jamestown schoolteacher (name withheld by request). “Look at Las Vegas. If just anybody couldn’t buy an assault weapon – a weapon designed for mass killing of human beings – you would sure never see 49 people killed with a knife in 2 ½ minutes.”

What’s in a Name?
The term “assault weapon,” however, does not have a precise, legal definition.

When the now-expired Federal Assault Weapons Ban was passed in 1994, the U.S. Department of Justice established only a rough definition of “assault weapons.” They stated:

“In general, assault weapons are semiautomatic firearms with a large magazine of ammunition that were designed and configured for rapid fire and combat use.”

The original source of the term, however, is unclear. It has been variously attributed to lawmakers, groups favoring tighter gun controls, print and broadcast media, and to the firearms industry itself.

The argument that assault-style weapons by any definition are not reasonable for hunting overlooks the historic basis for Constitutional guarantees.

“Solving the problem is as much a job for our politicians as for individual gun owners,” Lookenhouse added.

Laws vs. Rights
Alvan J., a Jamestown native, told a small group recently convened for this survey to discuss gun control, “Medicine and cars are both legal, but they are regulated. Nobody complains that a driver’s license and a prescription – even a strict limit on drugs like opioids – violates their civil rights.”

“We see a government weapons denial about once a week at Tall Tales,” Lookenhouse said. “The government doesn’t tell us why any particular gun purchase is denied, they just say yes or no, and that’s exactly what we do.” Based on this single sample, it can be estimated that at least 50 guns every year are denied to people who should not have them in the local area alone.

Personal Experience
On February 27, 2012, a student with a .22-caliber Ruger automatic pistol at Chardon High School in Chardon, Ohio, killed three male students and hospitalized two others, one of whom was permanently paralyzed. The Chardon High School chaplain at the time of the shooting was a Jamestown native, Rev. Jeff Johnson, who now serves as Pastor of Family Ministries at Jamestown’s Hillcrest Baptist Church. Four of his children were in the school cafeteria that day and witnessed the shooting.

Rev. Johnson’s close friend at Chardon, football coach Frank Hall, was in the cafeteria too. He did what he had to do – he charged head on at the kid with the gun. Then he returned to hold the boys in his arms as they died. It was an act of courage, deep faith and love for his students. It earned him the cover of Sports Illustrated for June 24, 2013. “He was unarmed,” Rev. Johnson said. His weapons were more powerful, but apparently harder to find. An armed guard in Parkland, Florida accomplished less.

Follow the Law
A local gun shop owner, speaking on condition of anonymity, said he knew of two legal issues which need to be addressed. “Solving them both will not solve the whole problem,” he said, “but they would be good steps in the right direction. It’s not the guns, it’s the people.”

“Deinstitutionalisation is Problem 1” he said. It the process of releasing psychiatric patients, or deferring hospital care, in favor of community-based, out-patient programs and the like. Poor implementation (a political problem) has left many psychiatric patients homeless and without care, therefore stressed and, for some, pushed toward a dangerous cliff. President Reagan is often cited as starting the process, though it can be traced as far back as the 1920s,

“Problem 2 is enforcement,” he continued. “I don’t want to point fingers, but not everybody is doing their job. We submit background check requests and all the other things we have to do before we can sell anybody a gun, but sometimes the authorities are asleep at the switch and sometimes all the agencies don’t talk to each other. That’s got to get fixed, too. Don’t blame us every time somebody who shouldn’t have a gun gets one. Blame the politicians.”

What’s Been Overlooked?
A legal consultant to one of the Jamestown Gazette’s staff advanced one more Constitutional argument in the gun control/gun rights conversation.
“People appear to have become obsessed with their Constitutional rights,” she said. “What’s been missed is the duty corresponding to each right. Anyone exercising a right must accept an obligation to see that their action does not infringe on another’s right. With rights come equal responsibilities.”

“The temptation to leave those responsibilities in the hands of politicians alone is a dereliction of a citizen’s duty. The ability to fix the problem is also beyond any single individual. If there is a group that promotes second amendment rights, they also have duty as big as their rights. Regulation of rights is not an attack on rights. It is the other half of rights.”

Act Locally
So, when the mother of one of the slain students in Parkland asked President Trump that question, “What about my child’s Constitutional rights?” she was clearly talking about her child’s right to life, liberty and the pursuit of happiness, not attacking someone else’s civil rights.
“We protect gun owners’ rights for them. But what are they going to do for me?”

In a close-knit community, compassion for fellow citizens, neighbors and friends, may be a useful antidote to polarization and the beginning of a constructive conversation about rights that don’t have to clash.

Welcome Back! We Never Left.