2015-2016 marks the 70th anniversary of the trial of Nazi war criminals before the International Military Tribunal (IMT) at Nuremberg. The influence of the Trial can be traced to the foundation of latter-day international criminal courts and the United Nations Charter of Human Rights.
On August 8, 1945 the United States, England, France and the Soviet Union signed the London Agreement. The London Agreement & Nuremberg Charter became the basis for the trials before the IMT at Nuremberg. For two months during the summer of 1945, Robert H. Jackson and his team, which included his son William E. Jackson, worked at achieving a consensus among the Allies. Jackson’s energy, intelligence and leadership directed the London Conference.
The jurisdiction of the Tribunal was outlined in article 6 of the Charter. This article defined the crimes the defendants could be charged with, aggressive war, crimes against peace and crimes against humanity. At Nuremberg, the precedent was established that individuals could be found personally responsible for committing such crimes. Jackson writes in the preface to his book The Nurnberg Case, published in 1947 that, “The procedure prescribed (in the Charter) was designed to be workable and efficient, to not offend the sense of fairness of any of the peoples involved, and to reconcile the conflicting legal philosophies of the four signatory nations. This was not easy.”
The summer of 1945 was the summer of Hiroshima and Nagasaki. It was the summer that World War II ended. Captured Nazi leaders sat waiting, their fate unknown. The Allies were still uncovering death camps, and survivors walked in ruined cities. The work that Jackson and others did in London during that summer was not without conflict, and did not solve the enormous problems that would arise in the years to come. In 1947, Jackson wrote:
“Of course, it would be extravagant to claim that agreements or trials of this character can make aggressive war or persecution of minorities impossible, just as it would be extravagant to claim that our federal laws make federal crime impossible. But we cannot doubt that they strengthen the bulwarks of peace and tolerance. The four nations through their prosecutors and through their representatives on the Tribunal, have enunciated standards of conduct which bring new hope to men of good will and from which future statesmen will not lightly depart. These standards by which the Germans have been condemned will become condemnation of any nation that is faithless to them.”
Today, we must reflect on these words, study them, and pass them on to the next generation. The Jackson Center was established to advance public awareness on the principles of justice and the rule of law as embodied in the achievements and legacy of Robert H. Jackson. Commemorating the 70th anniversary of the Nuremberg Trial, the Center will continue to reflect on Jackson’s groundbreaking work at Nuremberg and its continued relevance in today’s world. The Center is located at 305 East Fourth Street, Jamestown, NY. Tours are available from 10 a.m. – 2 p.m., Monday – Saturday. For more information, or to schedule a tour of the Center outside of regular business hours, e-mail info@roberthjackson.org or contact the Robert H. Jackson Center at (716) 483-6646. 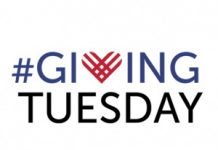 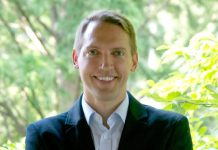 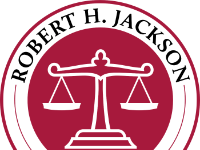