People ask why we hunt. The question is often a challenge—a way of asking the hunter to defend or to justify his hunting. But we don’t need to justify hunting any more than a golfer needs to justify golfing. No primitive man ever justified the thing that sustained him, so why start now?

In the digital age people often expect answers in 10 words or less, but a hunter hunts for lots of reasons. Some of those reasons are common to many hunters, some are particular to individual hunters. So I’ve put together a list of 15 reasons why I hunt.

I’ve certainly missed things others would add to the list, but one thing is missing that some might expect to see. You’ll see not one word about killing. It is inevitable that killing is a part of hunting, but I never hunt because I get to kill something.

Hunting has its philosophers, and one of the great ones was Jose Ortega y Gasset (1883-1955), a Spaniard who wrote Meditations on Hunting. It’s essential reading for the person who wants to be thoughtful about hunting.

Ortega says more eloquently than I can why we hunt. “In our rather stupid time, hunting is belittled and misunderstood, many refusing to see it for the vital vacation from the human condition that it is, or to acknowledge that the hunter does not hunt in order to kill; on the contrary, he kills in order to have hunted.”

If you want it in a nutshell, there’s just one reason why we hunt: We hunt because we are hunters. 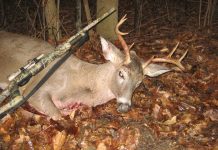